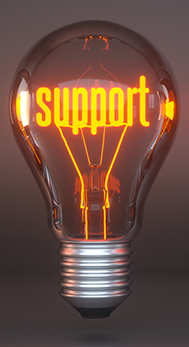 It’s revealing when you look back at the genesis of a business relationship and how it came to be. The successful ones often seem like they’ve been in existence for decades. They rely on mutual trust, complementary skillsets, and a common core of objectives and values that collectively form a powerful unified approach to problem solving and creating investor wealth. And this certainly summarizes Fresnel’s nine-month relationship with Axenic.

With offices stretching around the world, Axenic applies a refreshing approach to business that leverages an ecosystem energized by investors, entrepreneurs and industry influencers. They’ve achieved significant success by applying a creative and strategic approach to start-ups and incubator stage companies, along with an investor focused model that has fueled successful capital raise initiatives around the world. Today, Axenic is currently managing $80 million in capital assets.

“Working with Lewk and Ariya was a highlight of an already exciting year for our group,” said Tom Thies, Fresnel co-founder and partner. “From that initial meeting where Axenic truly understood our philosophy and approach, it’s been a strong relationship. Like Fresnel, they care down to their core about the entrepreneur and their investor. They’re not playing the typical PE numbers game. Instead they know how to build real brands and care deeply about every aspect of that process.”

The Axenic-Fresnel relationship has expanded across the portfolio and beyond the capital raise endeavors. The Blue Creative Group has partnered with Axenic on the public relations strategy for sustainable energy company Gevo (NASDAQ:  GEVO). “They’ve already taken such a deep dive in our businesses as part of the FGC capital raise program, that bringing in Axenic for the assist on other projects was a no-brainer,” said Fresnel CMO George Sass Jr. “Their team hit the ground running on unlocking earned media opportunities and complemented Blue’s efforts. ”

Fresnel is also reviewing market expansion opportunities with Perpetual Sports Network through Axenic’s network and expertise. “We’re looking forward to a long and mutually beneficial relationship with Axenic,” said Tom. “It’s odd, but I feel like they’ve been part of our group for years.”